Often, if you opt to buy something through Facebook, it’s probably a second-hand phone or similar product, whether on Facebook Marketplace or after simply seeing an uploaded photo captioned “for sale”. However, Facebook is now beefing up its ecommerce ambitions with Facebook Shops.

With this new feature now rolling out in the UK, Facebook is enabling small firms to build their own digital storefronts – products inventory, ordering mechanisms and all – straight into Facebook itself.

You could more easily convert engagement into revenue

Engaging followers with interesting, informative or amusing content is certainly a worthwhile pursuit for little-established entrepreneurs, but it’s still only one piece of the marketing puzzle. You also need to tempt these followers into buying – and that’s where Facebook now offers further help.

As your small firm’s Facebook Shop would be easily accessible through your company’s Facebook page and ads, urging followers to “tap the Shop tab” could suffice for tipping people into buying.

Small businesses can save money on setting up an online store

Putting together an ecommerce website can require a lot of heavy lifting and financial expenditure. For this reason, many small companies could see sense in assembling their online retail arms on Facebook rather than by building a separate website of their own – at least initially.

Indeed, Facebook has revealed that creating a Facebook Shop will be a free and simple process that, all the same, allows each firm to add its distinctive logo and branding colours to the storefront.

These firms could compete more effectively with the big boys

In its press release introducing Facebook Shops, the social media giant has acknowledged that the Shops feature is largely aimed at small businesses currently struggling in the COVID climate. As more of these firms transfer their operations online, Facebook is there to help.

To this end, it will let shoppers message businesses through Facebook Messenger to receive prompt responses to their queries, helping to replicate more of the traditional, in-store experience.

Will Facebook Shops be a hit – and inspire competitors? It’s unclear why not, especially at a time when many small businesses are evidently already mining significant returns from online selling.

Etsy, one online marketplace with which Facebook Shops would warrant comparison, recently announced that the numbers of active sellers and buyers on its platform saw respective, year-on-year increases of 26.4% and 16.4% during 2020’s first quarter, when the COVID crisis intensified.

As we have noted, throwing together a digital retail outlet from Facebook Shops is certainly an attractive option for a small, cash-strapped business. Still, you should think about assembling your own ecommerce store, shorn of any direct Facebook associations, later down the line.

This is for the simple reason that a Facebook Shop is so closely integrated with Facebook that you would be denied the full extent of customisation possible with, say, an ecommerce web design package implemented on your behalf by our team.

PrevPreviousWhy your online brand is truly what it E-A-Ts
NextCould Safari’s rumoured in-built translating help you break into new markets?Next 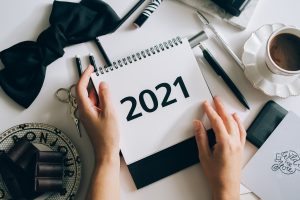 Changes you could make to your digital marketing as 2021 beckons