Could an iPad soon become indispensable for your content writing efforts?

We’re used to Apple revolutionising tech product categories before many of us even realise. Well, last week, Apple quietly dropped a few more surprises on us, this time when it comes to the iPad. The company unveiled not only new iPad Pro models but also iPad mouse and trackpad support.

That support will arrive in a software update, iPadOS 13.4, tomorrow – and could finally deliver good on Apple’s long-held pledge to turn the iPad into a formidable productivity machine. Does this mean that, soon, you could be polishing your website’s written copy on an iPad rather than a laptop?

What Apple announced in the iPad space last week

Firstly, let’s look closer at the actual announcements. Those attracting the biggest headlines, of course, were the unveils of the new iPad Pro models. Those come in screen sizes of 11 and 12.9 inches and all house Apple’s new A12Z Bionic processor as well as 6GB of RAM.

Naturally, then, you can expect a pretty speedy and graphically intensive machine, no matter which of the new models you choose. Apple also took the veil off a backlit Magic Keyboard case with trackpad. That accessory will be compatible with various iPad Pro models.

However, if you’re not interested in investing in a new iPad just yet, you might be more interested in what Apple’s lined up on the software side. The iPadOS 13.4 update will bring mouse and trackpad support to all iPads capable of running iPadOS – going right back to 2014’s iPad Air 2.

How you could refashion your existing iPad as a writing machine

Any iPad Pro released in 2017 or later will be compatible with Apple’s new iPad Magic Keyboard, its integrated trackpad included, once the accessory is released in May. However, iPadOS 13.4 will also enable older iPads to use other mice or trackpads, including Apple’s Magic Mouse 2 and Magic Trackpad 2 and third-party options connected via Bluetooth or USB.

As you can see, then, re-engineering your trusty old tablet into an intuitive writer’s tool from tomorrow wouldn’t necessitate heavy financial spending on your part. However, there’s still the question of whether you should actually do that heavy lifting… or outsource writing tasks instead.

The iPad: so near, yet still so far?

While iPadOS already includes mouse support, this is strictly for accessibility purposes and single-click functions. Therefore, it’s not quite geared towards the small, prompt gestures which you would typically make with a laptop’s trackpad.

Similarly, while many iPads now allow a certain amount of multitasking, this remains very much on the software’s own terms. For example, developers have to update their apps to specifically support split-screen functionality, while app interfaces still can’t be resized with precision.

While Apple will inevitably continue to refine the iPad experience over time, perhaps the real question should be not whether you should write your promotional copy on an iPad, but instead whether you should personally write it at all. After all, our experienced copywriters could take care of that job for you!

PrevPreviousHow should you readjust your digital marketing to weather the coronavirus storm?
NextDon’t worry – here are 5 types of work that thrive in a pandemicNext 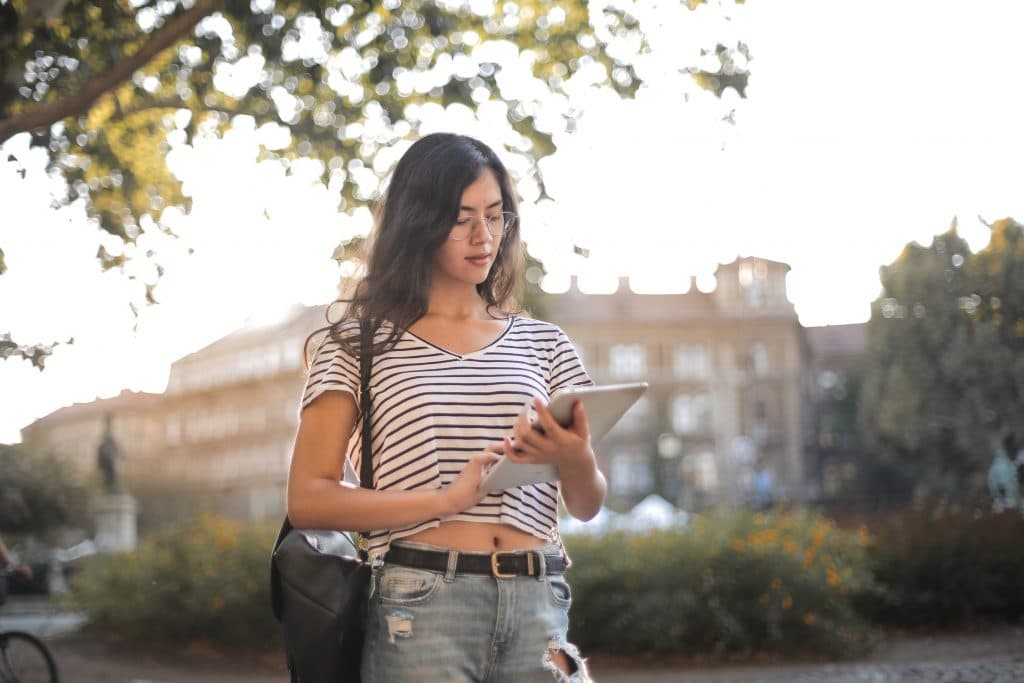 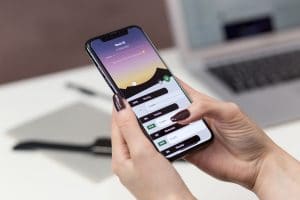